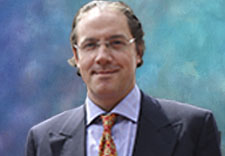 Patrick Rommel, D.O., joined the medical staff in August 2001. He received his BS in exercise science at the University of Southern California and earned his Doctor of Osteopathic Medicine degree at the University of Medicine and Dentistry of New Jersey-School of Osteopathic Medicine. He completed his residency in physical medicine and rehabilitation at Thomas Jefferson University Hospital and is board certified in physical medicine and rehabilitation.

Dr. Rommel is an active member of the American Osteopathic Association, American Medical Association, and the American Academy of Physical Medicine and Rehabilitation. He has special interests in the treatment of neurodegenerative disorders such as stroke, Parkinson’s, brain injuries, geriatric rehabilitation, and performs electromyographic studies as well. He also treats muscle, spasticity disorder, myofascial pain syndromes and performs joint injections, Botox injections, as well as osteopathic manipulation. He is also fluent in Spanish which is another asset in dealing with the multi-cultural population of Philadelphia.

Dr. Rommel is also a Clinical Instructor with the Jefferson Medical College and is an enthusiastic teacher of medical students and residents with Thomas Jefferson University Hospital. Dr. Rommel treats outpatients at Magee facilities in Philadelphia as well as acting as a consultant for rehabilitative services at Methodist Hospital sub-acute rehab unit and assisted living facility in Center City. Electromyography studies are performed at both Magee and Methodist Hospital.

He manages and treats his patients with a biopsychosocial approach to patient care and actively involves the patient in directing his or her care. “One of the most satisfying reasons I went into rehabilitation is that patients are empowered to take control over their care rather than being told what to do, and much more significant functional outcomes are seen.”